AAUP statement on the ban

Posted on February 1, 2017 by janellwatson

Stand Against the Ban

The AAUP strongly opposes Donald Trump’s unconstitutional and discriminatory ban on entry into the United States for people from some Muslim-majority countries.

Large numbers of our students and faculty members are affected by administration’s ill-considered executive order, which violates so many American traditions and beliefs. We fear that the abuse of power we are witnessing will wreak havoc on our institutions of higher education.

We call on faculty, students, and all citizens to remain engaged in the struggle for justice on every campus and in every community. We call on all reasonable politicians to oppose against this administration’s discriminatory order. Add your name in solidarity. 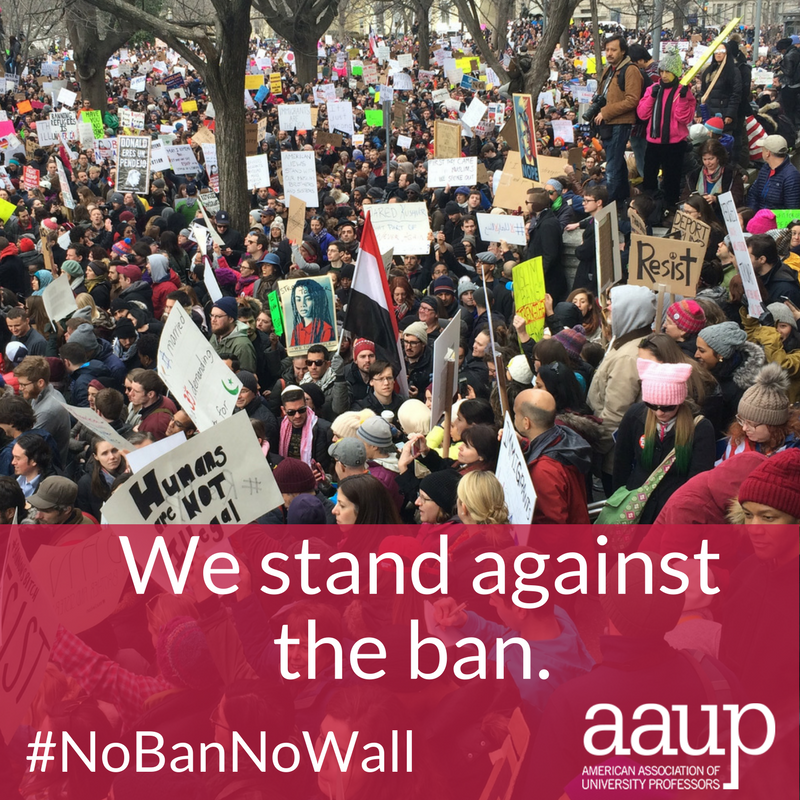