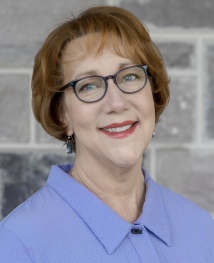 Patricia Raun is director of the Center for Communicating Science at Virginia Tech and professor of theatre in the School of Performing Arts.  As a professional actor with a deep concern for the place of science in addressing civilization’s greatest challenges, Raun was inspired to research ways to develop skills of communication in scientists, engineers, and health professionals. As a theatre voice specialist, her mission is to promote positive transformation by developing healthy and varied voices—both literal and figurative—in individuals, institutions, and communities. She is committed to the work of the AAUP because she wants to amplify the voice of the faculty and believes that their perspectives need to be at the center of university decisions.

Uwe C. Täuber is a professor in the Department of Physics and Faculty of Health Sciences. He received his Ph.D. at the TU Munich, and has been on Virginia Tech’s faculty since 1999. He is a long-term member of AAUP, and served as the VT chapter’s vice president previously 2014 – 2017. He is passionate about academic freedom and shared governance, with the primary role to be reserved for faculty in all matters of scholarly instruction and research conduct.

Kristopher Hite is a Collegiate Assistant Professor in the Biochemistry Department. He received his Ph.D. from Colorado State University in 2011 and completed postdoctoral training in the Biology Department at Emory University in 2014.  Before joining the faculty at Virginia Tech in 2018 Kris taught general and organic chemistry at Front Range Community College in Fort Collins, CO where he first joined the AAUP.  He has been interested in preserving and defending academic freedom since he was a child as his father told him stories about working as an attorney with the AAUP in 1968 to help defend a young community college professor from being summarily fired.